Here’s a new tourism slogan for The Big Apple: «NYC — Where the meat free meet to eat!» 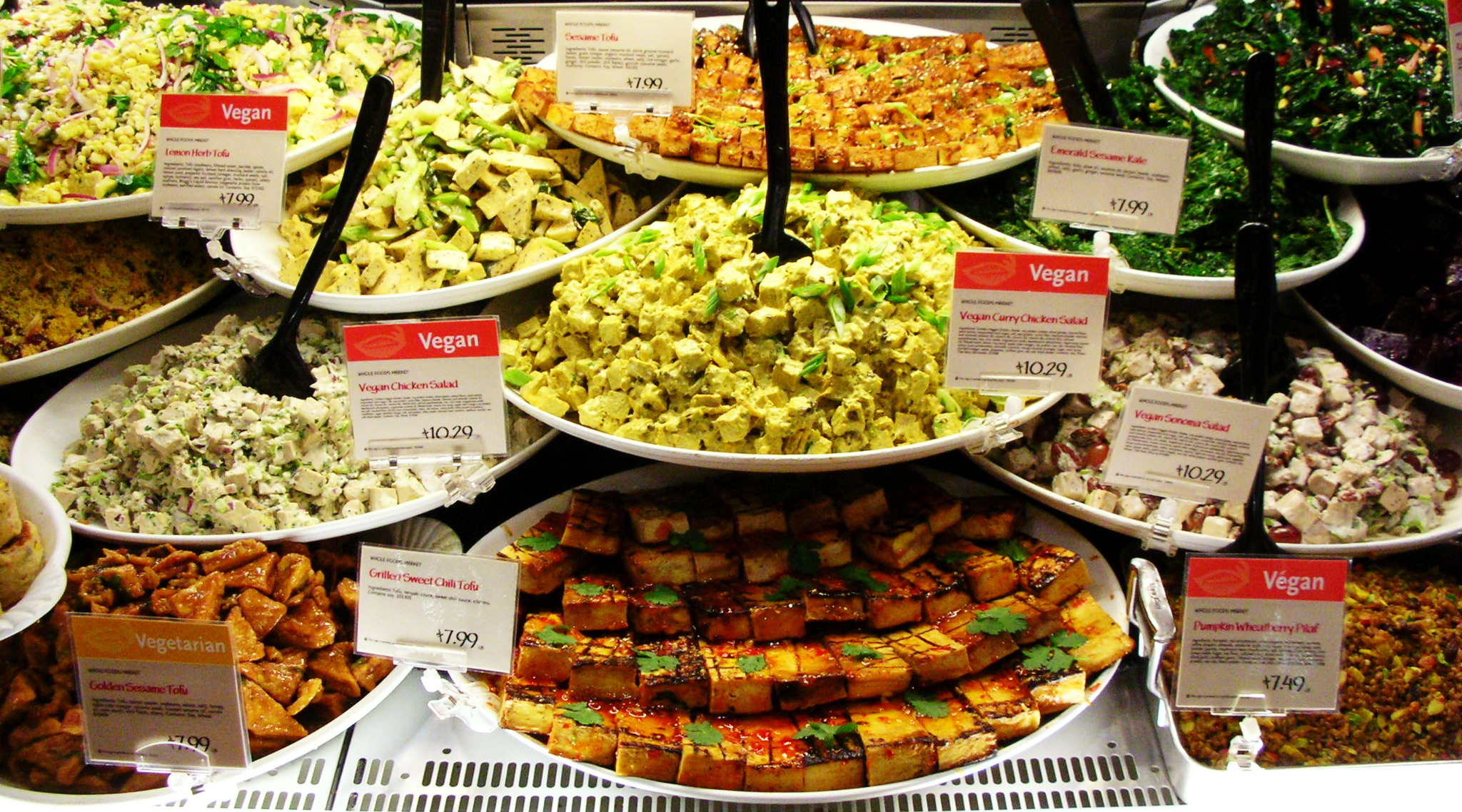 «New York boasts more than 140 vegetarian restaurants, countless veggie-friendly establishments, and the first vegetarian public school,» (P.S. 244 in Flushing), City Councilmember Corey Johnson noted, adding that his own west side district is now home to «vegan hotspots» such as Blossom, Terri and Gobo. «The trend in green cuisine is healthful, draws food tourists and employs thousands,» he said.

A 2012 Gallup poll showed that 2% of Americans identify as vegan — people who do not consume any animal products at all — with another 5% describing themselves as vegetarian. Whether that percentage is greater in NYC is unknown, but vegans say the city is not just a great place to nosh, but an ideal spot to find others of like mind and menu.

NYC’s dense, diverse and politically and environmentally aware population means other vegans «are a lot easier to find,» here, said Doug Bierend, 30, a Bed-Stuy writer who moved to NYC from Los Angeles two years ago.

Oodles of vegan-specific restaurants, such as Brooklyn’s Champs Family Bakery and the V Spot, are augmented by ethnic eateries that may be incidentally vegan, even if they are not advertised as such, Bierend said. «Falafel, Caribbean and Indian food, especially, opened up my eyes to the fact you could have delicious, authentic food without having to eat a body part,» he added.

In a testament to the diverse nature of the city’s non-meat eaters, Meetup boasts at least half a dozen local vegan groups, including «Pancake Savages» (vegan brunch aficionados), «Soul Vegans» (NYC Vegans of Color), and Gay Vegan Singles.

NYC has 24,000 food service establishments, and many that do not identify as vegan now «offer a large menu with vegan and vegetarian options,» having noted the popularity of plant-based fare, noted Andrew Rigie, executive director of the NYC Hospitality Alliance.

The vegan fast food restaurant, Blossom Du Jour, has opened four branches in Manhattan within the last two years, noted general manager David Tianga, who also said that several forces were helping to drive customer interest in vegan dining. Social media — rife with videos and clips about the horrors of factory farming and the toll meat eating takes not just on one’s health, but the environment — has people rethinking the role of their diets in their own and the planet’s future. And celebs, such as Russell Simmons, Jermaine Dupri, Gwyneth Paltrow, Bill Clinton and even Alec Baldwin — who met his wife in the gourmet vegan restaurant Pure Food and Wine — also have had an influence by singing the praises of plant-based diets, Tianga said.

A vegan «is not just the old crunchy guy in sandals: They’re cool people!» now, Tianga added. Some people convert when they discover that vegan food is not the tasteless glop they feared it might be, and realize they like food that is good for them, courtesy of creative vegan kitchens. «We make it savory and bring out that comforting flavor so the only shock to their taste buds is how good it is,» Tianga said.