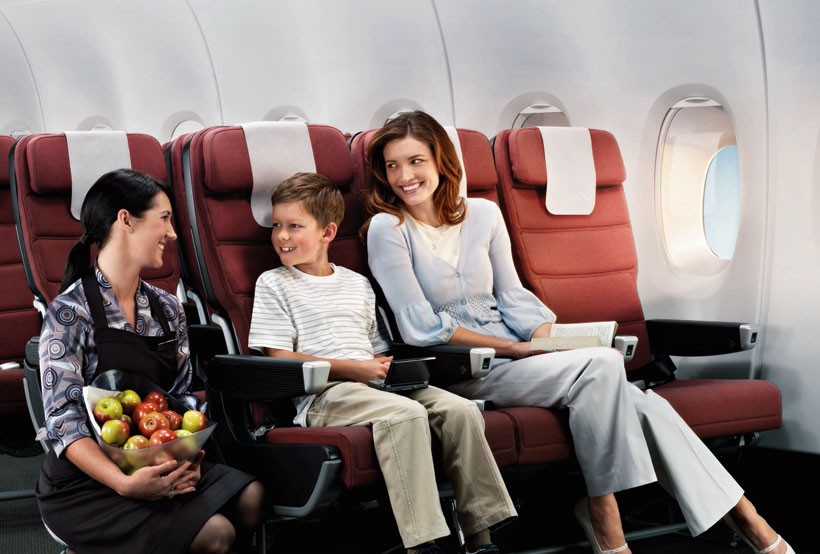 When you think about it, there’s really something primal about all the recent incidents of air passengers fighting over their recline space during flights. Even in the deepest reaches of the animal kingdom, creatures of the wild fiercely guard their territory, bitterly locking horns with any interloper who dares encroach on their domain. Whether it’s in the wild or 30,000 feet up, whether it’s your spawning ground or the space between your knees and the seat in front of you, it’s the same for creatures of all species: Your territory must be protected at all costs.

Unfortunately, for the species class known as Flyerius econimus (aka  economy/coach class flyers), their habitat is getting smaller, especially when you consider the industry-standard legroom measurement, seat pitch (the distance from any point on one seat to the same point on the seat in front). “Seat pitch on airlines overall has shrunk from 32-33 inches to 31 inches, with some low-cost carriers coming in at 28 inches,” says Kevin Carter of SeatGuru, a site that lets travelers pick the ideal seats for their flights using reviews and comparison charts. ”Some fliers are feeling more of a squeeze,” Carter says.

The economy situation is better on foreign-based airlines. “Asian and Middle Eastern carriers put us to shame,” says Chris Lopinto of ExpertFlyer.com (which has launched a Seat Alert system that notifies you when a better seat on your booked flight becomes available). Lopinto says foreign carriers fly longer, more expensive routes, meaning they don’t have the financial pressure to cram in as many bodies as possible. Not so with U.S.-based carriers. “U.S. domestic flights are mostly shorter-haul flights,” Lopinto says, which means airlines have to schedule more flights packed nose-to-tail with passengers. “So in economy, comfort isn’t a top priority for airlines,” Lopinto says.